Zee did a magnificent job with this challenge! You can read about it here. Apparently, he also learned that pickles help stimulate creative thinking! 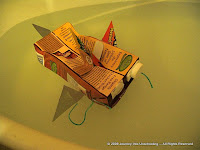 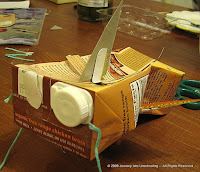 Molly, Brayden, Lore, Hailey, & Paige also took on the challenge this weekend.
The pieces of trash they chose were a plastic fake razor, a cork, pinecone, broken basket handle, and whipped topping container bottom. They did an absolutely awesome job and had lots of fun floating it in their school kitchen's sink. 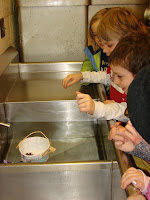 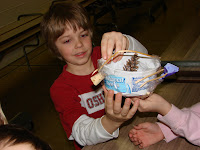 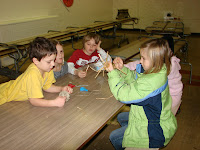 Sebastian fetched two packets of tin foil, one 8-oz. tin can, a 16-oz. plastic bottle, and a cereal box from the trash bin. The bottle was his choice for the body, the box was cut into fins, the foil served as scales, and the can became the back end of the fish. He did a fantastic job!

Another marvelous floating fish was submitted by Luke who used a milk jug and cereal boxes. 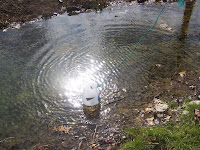 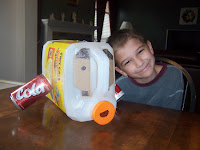 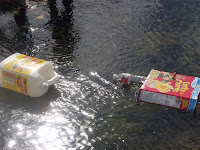 Gerrick also made a fantastic floating fish. You can read about it here. 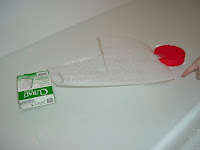 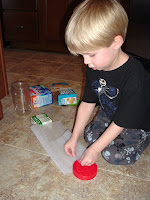 Tolly did a magnificent job with his fish. Read more about it here. 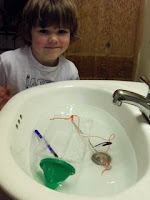 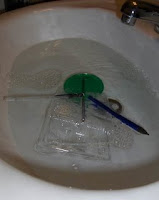 Calvin also did a tremendous job. He used a large styrofoam block, three lids (a mouth and two fins) and the elastic band, which he strapped onto the back of his fish to make a tail. 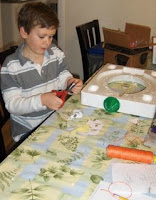 Beth did a beautiful job with her fish. She used a foil candy wrapper, a small box, a piece of advertising, a piece of aluminum foil and a soda can which turned out to make a great body. Way to go! 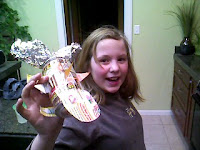 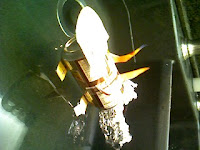 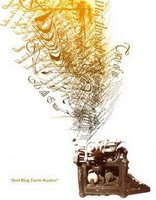 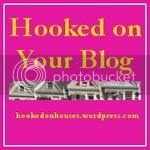